My story begins in 2004. A CAT scan showed that I had a very large mass on the right side of my brain. I was diagnosed with a brain tumor! I could not believe it. To make matters worse, I needed immediate surgery.

We waited two days to see the neurosurgeon. The doctor wanted to take sections of my tumor for a biopsy. My husband, Stuart, told them there was no way he would allow this procedure. Next think we knew, I was dismissed from St. Mary’s Hospital.

By this time, I was having difficulty speaking and was suffering from terrible headaches. I could barely walk and had blurry vision. I also could not write. All my motor skills were not functioning, and I lost the ability to maintain bladder control. 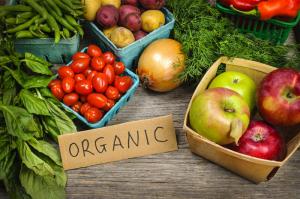 Faced with this dead end, my husband and I discussed alternatives. We needed something immediate and close, so we called the Hippocrates Health Institute and spoke to the director, Brian Clement. We all know that I was going to need surgery as soon as we could find a doctor to do it. Dr. Clement urged me to change my eating habits immediately. This meant no more coffee with hazelnut cream, no sugar, no flour, very little fruit, no meat, no chicken, no fish. Only raw living food, lots of wheatgrass, green drinks, lots of sprouts, and water with lemon. I had to make a major change in the way that I ate in order to save myself.

Several months later, I had my surgery at the National Institutes of Health (NIH) in Bethesda, Maryland. It lasted seven hours, and I lost seven pints of blood. The size of my atypical meningioma brain tumor was close to four pounds (the size of a grapefruit). My recovery time was five days in the hospital plus two days as an outpatient. 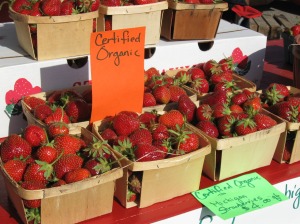 When we got home from the hospital, the first thing we did was buy a juicer to make my wheatgrass and green drinks. I started buying sprouts and wheatgrass and even started growing my own.

Since I had an aggressive brain tumor, the doctors wanted to do immediate radiation on my brain for six weeks, once a day. I know what the effects of radiation would bring – and I know that I would have a malignant tumor five to twenty-five years later somewhere else in my body. Stuart and I agreed that we would take an alternative route. After my surgery, I was consistent with the Hippocrates Program at first, but as time when on, I slowly started to slack off by not juicing every day. Also, I started to eat the wrong types of food more frequently.

We spoke to Dr. Clement again, and he recommended no fruits, no carrots, no dairy, and absolutely no sugar. He then asked me if I had an ironing board, and I said, “Yes, why?” He wanted me to put my head on the floor and raise my legs on the ironing board, leaning up against the couch twice a day for fifteen minutes so the blood would rush to my head and help with the healing process. 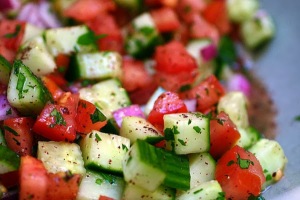 Knowing that Dr. Clement know his stuff, I was willing to do whatever he asked of me. I was afraid of what could happen if I did not stick to the plan. I also went to an acupuncturist for two months, used aggressive Chinese herbs, wore a magnetic headband, drank green drinks and wheatgrass juice, and ate lots of different kinds of sprouts several times a day as well as other types of raw living food.

In November 2005, the week before I was supposed to start radiation, I kept stalling; I did not feel the need for radiation. I called my neurosurgeon and asked him for one more MRI with contrast. I told him that if anything showed up, I would go through radiation without a word. I got my wish. I know in my heart there would be nothing there. They did another MRI with contrast , and the finding showed no more tumors, no blood clots, no more hemorrhaging. All the doctors could say was that I did not need radiation. In May 2006, we went to the NIH for my three-month checkup. I had another MRI with contrast. The white matter disease was gone. I had made it through. 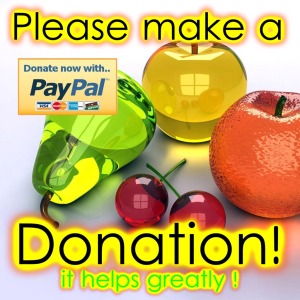